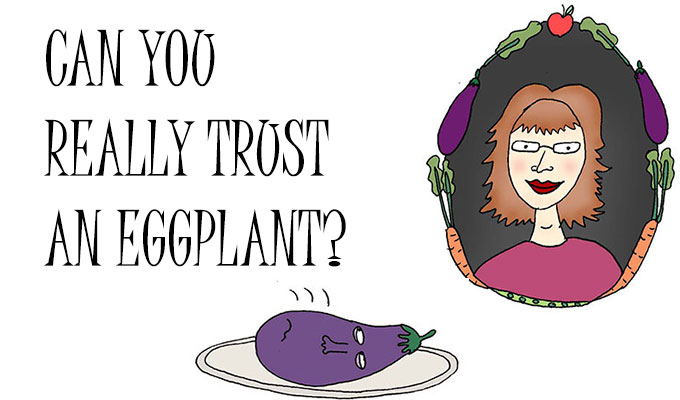 Place an eggplant on a plate and the shiny purple globe freely rolls from side to side. You may have never considered the vegetable in this light, but for Hindi speakers, the phrase “thali ka baingan” (eggplant on a plate) is a disparaging put-down for someone who likewise flip-flops, shifting loyalties so easily that they cannot be trusted. 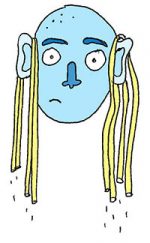 In the last few years, I have become inexplicably hooked on collecting food-related insults in languages from around the world. As a food writer, interculturalist, and professional interpreter of American Sign Language, I find that this delectable subject weaves together my interests in language, culture, and food with tantalizing results. For example, you can label someone a liar in French by referring to them as a raconteur de salades (salad-teller) or in Russian with the phrase tы мне лапшу на уши не вешай (someone who hangs noodles on your ears). 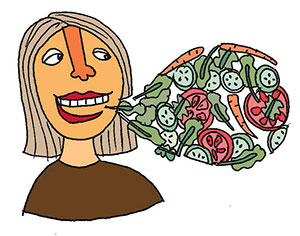 Given our world’s cultural food variations, it is not surprising when regional preferences show up in food insults, too. In Chinese, for instance, 飯桶 (faan tung) means “rice bucket” and implies “useless individual.” Italian jabs feature salami and prosciutto, so to castigate someone with non fare il salame is to say “don’t act like a salami” or “don’t be an idiot.” The German language offers strings of insults invoking sausage: Beleidigte Leberwurst (sulking liverwurst) describes someone who pouts like a prima donna.

I have amassed more than 75 insults in 20 languages from Arabic to Urdu, some of which were featured recently as an article in the second edition of Paste Quarterly. Collecting this smorgasbord of slurs has been a piece of cake since I live in the Bay Area and have many acquaintances hailing from other lands. In my day job as a court interpreter, I regularly chew the fat with interpreters of spoken languages that span the globe. Everyone I ask seems eager to fork over tasty smacks from their various cultures.

Expressions of verbal aggression are universal and date back centuries. Research shows that words conveying negative evaluations fall into four main categories: worthlessness, stupidity, depravity, and peculiarity. These vary across cultures according to the most prized values in each society (with masculinity and group cohesion as two common examples). Adding an edible spin to the study of international insults only increases its zest and piquancy.

I am always on the hunt for more food insults and heartily invite readers to #foodinsults and view my favorites at my Instagram page, @foodinsults.

Next time a crazed driver cuts you off on I-880, instead of just calling the moron a “butt head,” wouldn’t it feel infinitely more satisfying to hurl one of these edible epithets? 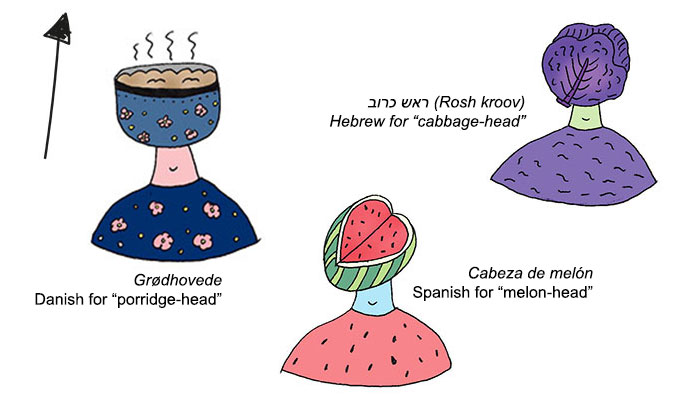 Lila Volkas is a food illustrator and writer. Much of her inspiration comes from her undeniable love for vegetables. She is also a health educator and leads monthly kombucha brewing workshops around the Bay Area. Follow her on instagram @lilaceline or visit lilavolkas.com to see more of her work.