In a Pickling Habit: Studebaker Pickles

By Stephanie Rosenbaum, with photos by Stacy Ventura

Kate Hug, briner-in-chief of the recently launched Studebaker Pickles, taught herself how to pickle while she was attending college in Portland, Oregon. “It rains a lot up there, so everyone knows how to knit and preserve things,” she laughs.

When she moved to Oakland to pursue a master’s degree in systematic theology, Hug brought her pickling habit with her. Working as a barista and prep cook at Pizzaiolo in Oakland, she made friends with dozens of like-minded colleagues from nearby restaurants and food businesses and found herself in an atmosphere of mutual support for experimentation and enterprise.

By the summer of 2010 she was simmering test batches of whimsically named, delicately flavored pickles—like the spicy green beans she’s dubbed Haricots Verts d’Oakland—in the Pizzaiolo kitchen during off hours. She says that the demure-looking Perfect Pearl Onions required “a ridiculous number of test runs” to get just the sweet, buttery effect she wanted. The payoff? They’re now the go-to Gibson garnish at both Spoon Bar and Plum. Lance Winters of St. George Spirits in Alameda taught Hug how to print labels on his antique letterpress. A savvy clerk shepherded her through Oakland’s labyrinthine permitting process. Blue Chair Fruit’s Rachel Saunders, another successful Pizzaiolo alum, offered advice. “She’s been awesome,” says Hug.

And she made friends with farmers like Efren Avalos of Avalos Organic Farm in Hollister, who sells at Berkeley’s Tuesday and Saturday farmers markets. “He held out a handful of the ugliest carrots I’d ever seen; these gangly, gnarly things,” she remembers. Those misshapen Royal Chantenays turned out to be the best carrots she’d ever tasted. “They don’t lose their carrotness,” she asserts, even in brine liberally laced with peppercorns and fennel seed. 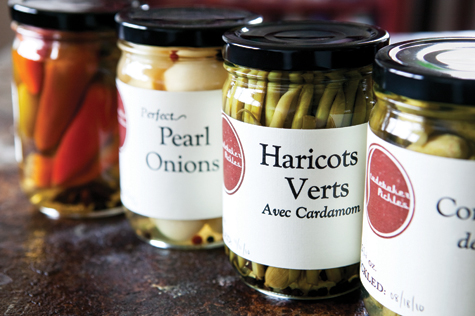 For the past few years, Hug has been growing her own herbs and a few specialty vegetables, such as the tiny gherkins used in her Cornichons de Provence. “I never had a garden until I moved to Oakland,” she says, although she remembers being enthralled by the huge garden tended by her stepfather’s parents, Italian immigrants who took great pride in the tomatoes, chard, and pepperoncini they grew on the outskirts of Los Angeles.

The only stumbling block to Hug’s gardening? The collapsing hulk of an old Studebaker, looking like a Detroit-born gnome gone wild as it devours space in the yard behind her home. It hasn’t moved in the six and half years she’s lived there, so now, she says, “I just trellis right over the thing.”

And she made it her company’s namesake.

For the moment, Studebaker remains a one-woman operation. “Thirty pounds of pearl onions, that’s about my emotional capacity for peeling. The most I can do at once is about three cases, or thirty jars, and that’s a whole day.” •

Stacy Ventura is a food and travel photographer based in Marin County. Her work has been featured in Food and Wine, Acura Style, Marin magazine, Santa Barbara magazine, and the Edible Communities publications. When not taking pictures she can be found tending to her small flock of chickens. View more of her work at www.stacyventura.com 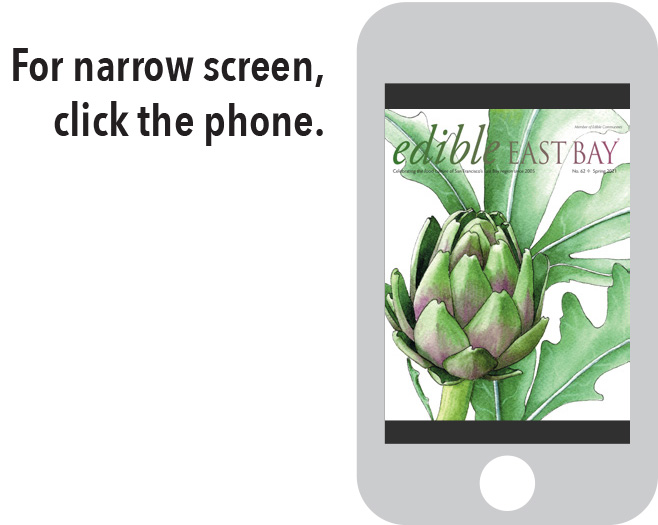